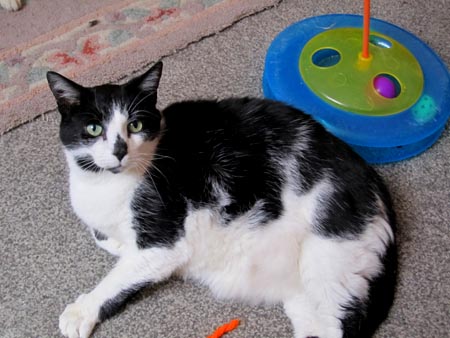 ‘Sully’ came back into our care when his owner sadly passed away, but 4 months ago he was adopted by Sue and Malcolm. ‘Sully’ appeared to be ‘fighting fit’ but then became unwell almost overnight, after investigations by our Vet it was found he was suffering from renal failure. This was a great shock to all of us as he had shown no signs of being unwell previously. ‘Sully’ was 13, so by no means elderly.

We would like to thank Sue and Malcolm for giving this dear boy a FANTASTIC home – ‘Sully’ would follow them like a dog and has been living in the ‘lap of luxury’ and was very dearly loved, it is just SO sad that his happiness was cut short.