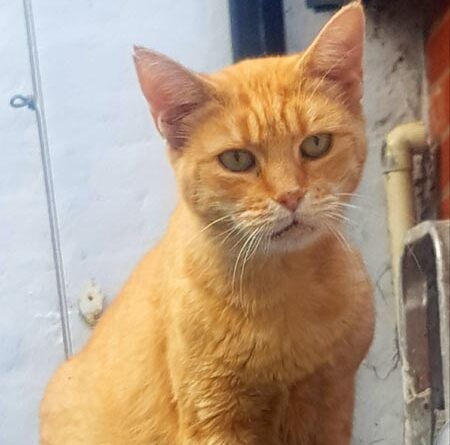 ‘Amber’ was a gorgeous gentle little girl and she is about 7-8 years of age.

She came in badly neglected and pregnant. It seems likely that her owners moved and left her behind to fend for herself. She started visiting neighbours who kindly fed her and called us asking for help.

Sadly she lost her kitten prematurely, but she must have had many litters over the years, and it is very likely this pregnancy wasn’t the first for this year either.

‘Ambers’ mouth was AWFUL. The infection and deterioration were SO bad she had to have ALL her teeth taken out.

Sadly, although we worked very hard to save ‘Amber’ several weeks after all her treatment lumps started to appear in her mouth, we had these removed but they were soon to return. Sadly they were malignant so when they started to reappear we took the heartbreaking decision to let her go to sleep. All this could probably have been avoided if she had been cared for by her owner, (she was never claimed.) The growths in her mouth were quite likely originally to have been caused by the infection due to her extreme dental disease…